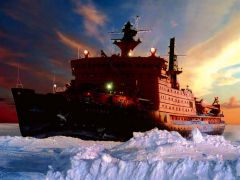 The Russian grip on Finland’s economy is slowly tightening.

The latest purchase in the Nordic country came this week as Russia’s state-owned United Shipbuilding Corporation said it would buy Arctech Helsinki, a shipyard specialising in making icebreakers, according to Finnish and Russian media.

The deal follows hot on the heels of government infighting over the decision of Rosatom, the Russian atomic reactor builder, to rescue the troubled Fennovoima nuclear plant by taking a one-third stake in it as well as providing the reactor.

For some it raises painful memories. Finland’s economy plunged into a massive recession in the early 1990s after the collapse of communism robbed it of its main trading partner. Memories of the second world war still linger among older Finns, and defending the 1,340km border between the two countries remains an important part of Finland’s compulsory military service.

But Jyrki Katainen, Finland’s prime minister, is far from worried about the increasing economic ties between the two countries. “I wouldn’t say they were tightening their grip,” he told the Financial Times at a Nordic Council meeting in Oslo. “We are very satisfied if there is more Russian investment into Finland. We need foreign investment into Finland.”

Finland may be the only eurozone member given a triple-A credit rating with stable outlook by all three main agencies, but Helsinki is increasingly worried about what will provide the impetus for economic growth after the decline of the paper and pulp industries and Nokia .

“I understand why people are cautious about the Russians coming here. But with the forestry industry and Nokia suffering we need all the help we can get,” says a senior business executive in Helsinki.

For many Finns, the most symbolic transaction of all was the recent sale of Jokerit, one of the country’s main ice hockey teams, to several Russian businessmen close to president Vladimir Putin. The Helsinki-based team will start playing in the more high-powered Russia-based Kontinental Hockey League from next year.

Trade between the two countries has been increasing even as Finland’s trade with the EU has been in decline. Exports to Russia rose 1 per cent in the first seven months of this year while those to the EU dropped 4 per cent up to the end of August, according to Finnish Customs.

Since the turn of the century Finnish exports to Russia have almost tripled, with companies such as the tyremaker Nokian Renkaat and the retailers Kesko and Stockmann growing strongly.

Because of our history there are people who have negative memories from the wartime. But there are more and more people who tend to think it’s only good that our people are integrating
- Jyrki Katainen, Finland’s prime minister

Russian influence is not just being felt in business. A record number of Russians visited Finland last year, with 1.3m visas being issued. Mr Katainen says the visas were used an average of three times each, making for almost 5m visits in total. “The societies are integrating,” he says. Finland is opening new service points in southern and central Russia as well as Siberia to make it easier for Russians to gain visas.

Already, Russian is the most spoken foreign language in Finland, and the head of the Institute of Migration has even suggested Russian speakers could displace speakers of Swedish – the official second language of the country – by 2050 if current trends persist.

“Because of our history there are people who have negative memories from the wartime,” says Mr Katainen, who says one disappointment is that too few Finnish students are studying Russian. “But there are more and more people who tend to think it’s only good that our people are integrating.”

He points to a growing number of Russian entrepreneurs coming to Helsinki, one of Europe’s start-up capitals. “Previously it was all industrial. Now it is entrepreneurial too and that is good.”

But it is the industrial Fennovoima project that is proving most controversial. Over the weekend the country’s finance minister, Jutta Urpilainen, leader of the centre-left Social Democrats, said she wanted Finland’s parliament to reopen its debate on the permit allowing Russia to build the nuclear power plant.

But other ministers – led by Mr Katainen, head of the centre-right National Coalition party – have quashed that suggestion. The unspoken fear is that the project, which has long been dogged by uncertainties over financing and other matters, might struggle if there is a further debate.

Mr Katainen is keen to downplay the issue: “When Rosatom announced they were interested in becoming an owner, it was a positive surprise that it has not raised any more negative sentiment.”

The Arctech acquisition has caused fewer political sparks. USC already owned 50 per cent of the company, which has been in deep financial difficulties, and is now buying out the remainder from STX, the South Korean group.